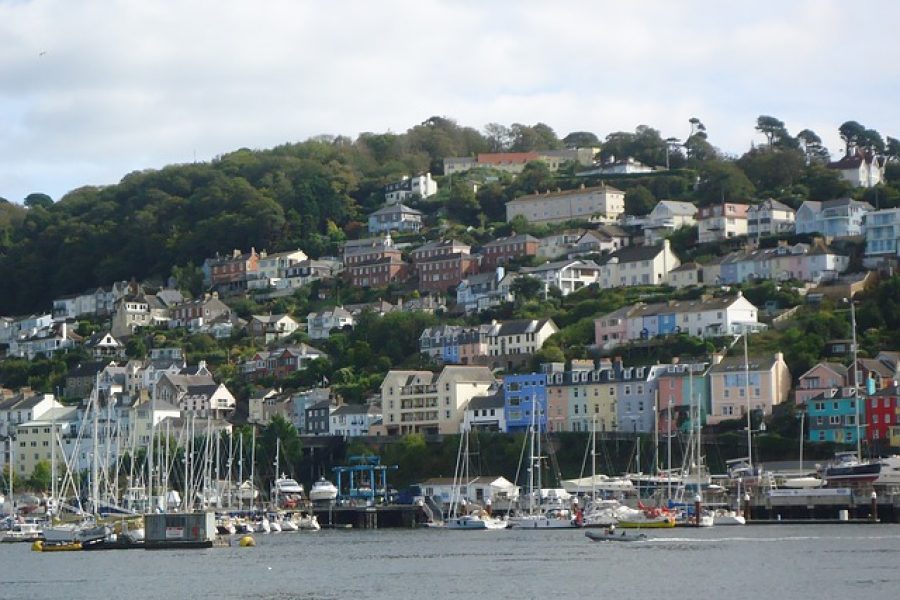 I wrote this blog after my first visit to England. Many of the sights mentioned here are included in PUMPKINS, PAWS & MURDER. Can you pick them out?

As an Anglophile through and through, I’d long dreamed of visiting England. I knew that when I finally made my trip of a lifetime, I wanted to see more than London, but identifying additional destinations and working out travel details seemed a daunting task. Fortunately, I found Danielle Garrett of PlanIt Itineraries, who not only planned an amazing three-week itinerary but also attended to every little detail. I describe her as my travel planner extraordinaire.

After some time in London, our first stop was Dartmouth, a coastal town rich in history. From our several ferry trips on the Dart River, we gleaned fascinating facts from all eras. As we watched cadets from the Royal Britannia Naval College practice man overboard rescues, we learned Queen Elizabeth met Prince Phillip at the college in 1939 when she visited with her parents. On the way to tour Agatha Christie’s Greenway Estate, we saw a boathouse that once belonged to Sir Walter Raleigh–its original foundation still intact.

One ferry captain alleged that Eisenhower had planned the D-Day invasion in the ferryman’s house across from our hotel, but I’ve been unable to confirm that particular “fact.” From a Kate Ellis book I was reading while there, I learned the story of Slapton Sands, a nearby town whose townfolks were forced to abandon their town and their livelihoods so rehearsals for D-Day could take place. As heartwrenching as that was, more tragic was the loss of 1,000 American soldiers in Exercise Tiger, a nighttime practice for a beach landing. By chance, German E boats came across the American convoy, killing 700 men before another 300 died from friendly fire as they landed on the beach.

We wandered the streets of Dartmouth and visited St. Savior’s Church which has a timber from a Spanish Armada ship as one of its beams. We ordered pints of cider in The Cherub Pub, the oldest building in town, circa 1380. I found it interesting that this small town boasts two bookshops, and that Christopher Milne, the real Christopher Robin from “Winnie the Pooh,  once owned a bookshop on the street that fronts the harbor.

On a scenic round-robin excursion—ferry, bus, steam train, and one last ferry back to our hotel—we heard the tale of the entrepreneur who planned in the 1850s to build a railroad bridge across the River Dart and built the Dartmouth station before obtaining permission for the bridge.  Today, the station stands by itself unconnected to a railroad because he never got that permission; thus you depart the train across the river and ferry back to Dartmouth.

Our most memorable excursion was a day trip to Tintagel, the castle in Cornwall where legend says King Arthur was conceived. Our route across windswept misty Dartmoor, populated only with sheep and ponies, brought to mind gothic novels. With a guide to explain the history, we made the arduous climb to the cliffside castle where we found unbelievable views and a team of archaeologists excavating medieval pottery brought by Mediterranean traders.

The trip was already everything I could have wanted, and we were only halfway through. Next up was the Cotswolds. 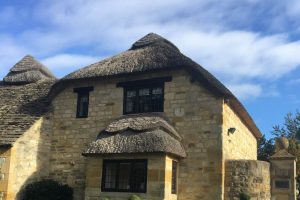 I wrote this blog after my first visit to England. [...]