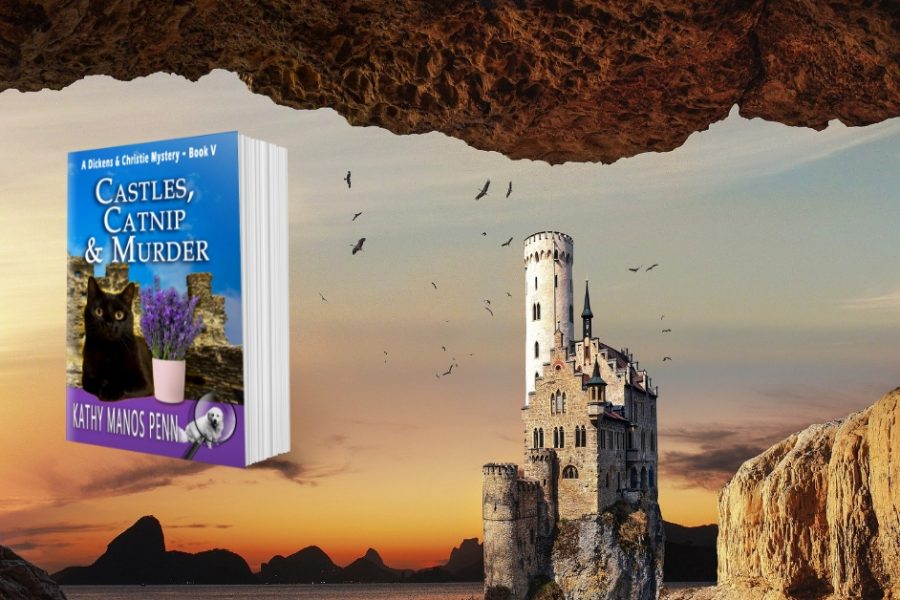 That’s a question I often get. Two years ago, when a friend suggested I write a cozy mystery, I asked the same question. Actually, it was more along the lines of, “What do I know about coming up with a plot?” Even now with five cozies under my belt, I’m not sure I have a good answer.

So, how do I start? First, I spend a month or so pondering a plot. For whatever reason, the plot for the next book begins to take shape in my mind as I’m writing the current one.

I have an idea notebook where I jot down thoughts as they come to me. I may get a kernel one day and nothing at all for a week, but they all go in the notebook. I do plenty of research, which gives me more ideas and often takes me in a different direction. The story evolves, and by the time I write the first line, it may not look anything like the initial few words I scribbled.

I start with an idea for the “surround.” That’s my word for knowing the story will take place at a literary festival or a yoga retreat in Cornwall, as is the case for “Castles, Catnip & Murder” coming out in September. Each book contains a book club meeting, and the book somehow connects to the plot, so I identify the book before I start. For example, “The Once and Future King” is the selection for “Castles,”  and lots of info about Arthurian legend is woven throughout the story. I also know who will die and how and what form the confrontation scene will take, but sometimes I don’t decide who the killer is until I’m halfway through the book.

I never fail to experience what cozy author Nancy J. Cohen calls “the muddle in the middle,” meaning I question where I’m going or whether I have enough material to get there. That’s when I may choose to develop a new character more fully or rework the flow or flesh out a promising subplot. And as Cohen says, that’s when “story magic” happens.

People also ask if I outline my books.  Well, sort of. I have a general idea of where I’m going, but not what most people would consider a formal outline. I’m more of a “pantser”—defined as someone who writes by the seat of their pants—than a plotter. As I type, my characters take me places I hadn’t planned to go. That’s the only way I can describe it.

Once I start, I strive to write 1,000 words a day. That’s approximately four pages, and my five novels range from 68,000 to 84,000 words each. Some days, those 1,000 words take two hours. On others, they may take four. Some days, a scene simply flows and all but writes itself. Other days? Not so much.

Every morning, I read and edit what I wrote the day before, and then I start on the next scene. With ongoing research and reworking of the plot, it takes me approximately 90 days to produce a decent first draft—starting from the day I type the first word. Then I give a big sigh of relief and send it off to my Beta readers for feedback, fingers crossed every time that they won’t find plot holes or other major issues. So far, knock on wood, they haven’t.