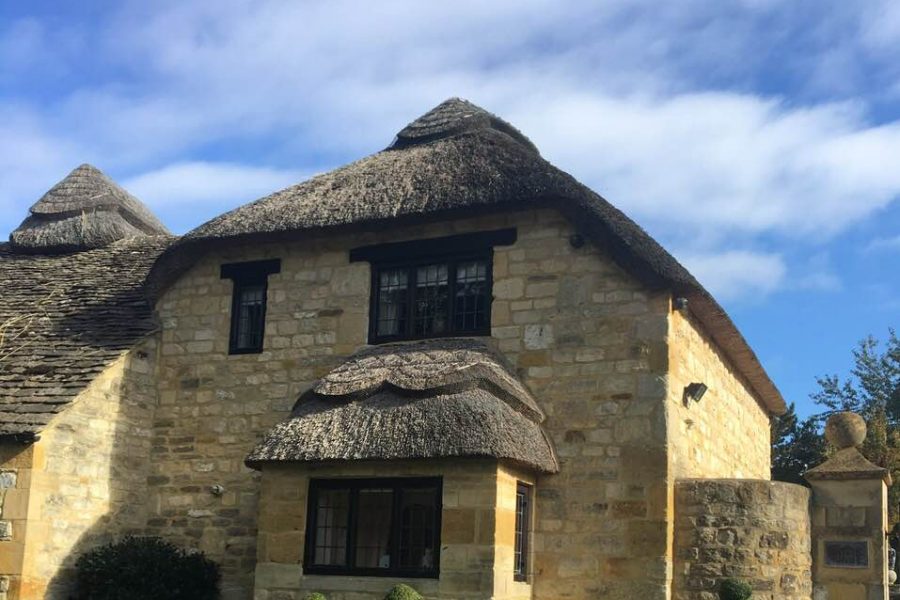 I wrote this blog after my first visit to England.  Many of the sights mentioned here wind up in my books, sometimes with different names. Can you pick them out?

I don’t know why, but when I dreamed of visiting England, the Cotswolds were always a must-see. With that goal in mind, we spent six nights in a quintessential Cotswold B&B, where Alan, the owner, anticipated our every need.

The Fieldways Inn in Cold Aston—with its conservatory, garden, sheep, friendly donkeys Martha and Dylan, and Paddington the cat—was the perfect setting for unwinding after a train ride from Dartmouth. Our dinner the first night was an easy stroll away at the village pub, The Plough.

There, we could get simple pub fare or something fancier.  We loved the atmosphere of a pub filled with dogs, many resting in the several dog beds provided, and returned several times.

We’d planned to spend day two relaxing in the garden, but after breakfast and a visit with the donkeys, our innkeeper chauffeured us to Bourton-on-the Water, dubbed the Venice of the Cotswolds because of the meandering River Windrush in its midst.  We explored and had the requisite fish and chips. We were soon to discover that Alan wasn’t taking any chances on our being bored and was ready with options for any day we didn’t already have planned.

Day three we enjoyed a breathtakingly scenic drive with Cotswolds Adventures. We visited too many to name villages, all with stories to tell.  We learned J.M. Barrie had donated a cricket pavilion to the village of Stanway. We climbed the Broadway Tower, the highest point in the Cotswolds. It was built in the late 1700s as a folly, a building meant primarily as decoration. We heard about the celebrated and sometimes scandalous Mitford sisters of Batsford and were regaled with stories of their eccentricities.

The Cotswolds were renowned for their wool in the Middle Ages, and Stow-on-the-Wold, one of several Cotswold Wool towns, is marked by small alleys used to herd the sheep to the square on market days. A visit to St. Edward’s Church just off the square revealed a fairytale back door flanked by two yew trees, a sight thought to have inspired Tolkien’s design for the entrance to Moria.

Upper and Lower Slaughter were our last and possibly most picturesque stops. We discovered that Upper Slaughter is one of only thirteen Doubly Thankful villages in the UK, villages who lost not a single man in WWI or WWII.

A cycling tour of the Windrush Valley was also on our schedule. Again, we marveled at storybook villages of cottages built with honey-colored Cotswold stone and the occasional thatched-roof.

In a day full of surprises—we had no idea of the itinerary beyond its distance of 20 miles—the ruins of Minster Lovell Hall and its intact Dovecote were a special treat. We lunched at The Swan Inn in Swinbrook once owned by the last remaining Mitford sister, Dowager Duchess of Devonshire. Doesn’t that sound Downtown Abbeyish?

After a few more hills than I would have wished for, we ended in Burford with scones and coffee before venturing into the Mad Hatter, a bookshop that sells hats or vice versa. As was becoming our custom, we ended our day relaxing with a glass of wine, feeding carrots to the donkeys, and petting Paddington.

Less strenuous was our visit to Blenheim Palace where we especially enjoyed the Churchill exhibit topped off with a stop at Churchill’s grave in a nearby village. It was our innkeeper Alan who added that special touch to the day.

Let there be no doubt I highly recommend a trip to the Cotswolds and a stay at Fieldways Inn.